IBIZA CLUB NEWS: Ondray is House Artist To Look Out For In 2019 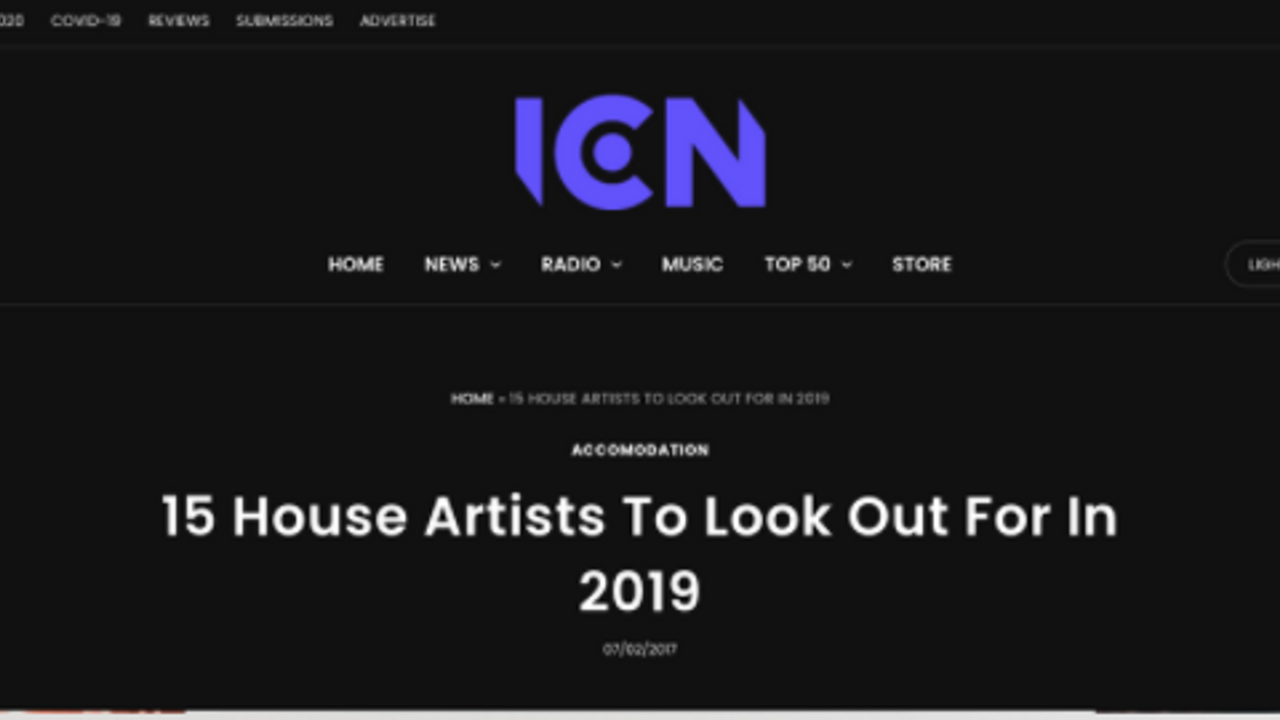 IBIZA CLUB NEWS with almost 1mil fans all over the world featured Ondray in their new artists chart.

"Recognised as one of the Czech Republic’s biggest radio celebrity, Ondray has been grafting in the dance music scene for quite some time now.

Playing a major part in the national radio station EVROPA 2 and holding a residency on Beachgrooves radio-on-air Ibiza, Formentera, Marbella, Malaga, Ondray has nothing but passion for music. He’s got a very strong focus on what he wants to achieve as an artist and will not let anything get in his way.

He’s had some extremely successful tracks, with his latest release ‘Escalate’ featured in the Sense8 Tv Series on Netflix!

Aside from productions, Ondray’s been a firm favorite in the clubs of the Czech Republic and beyond! One of his top achievements being the main support for KE$HA on her European tour and also more recently supporting Lana Del Rey at her concert in the Aerodrome Festival." 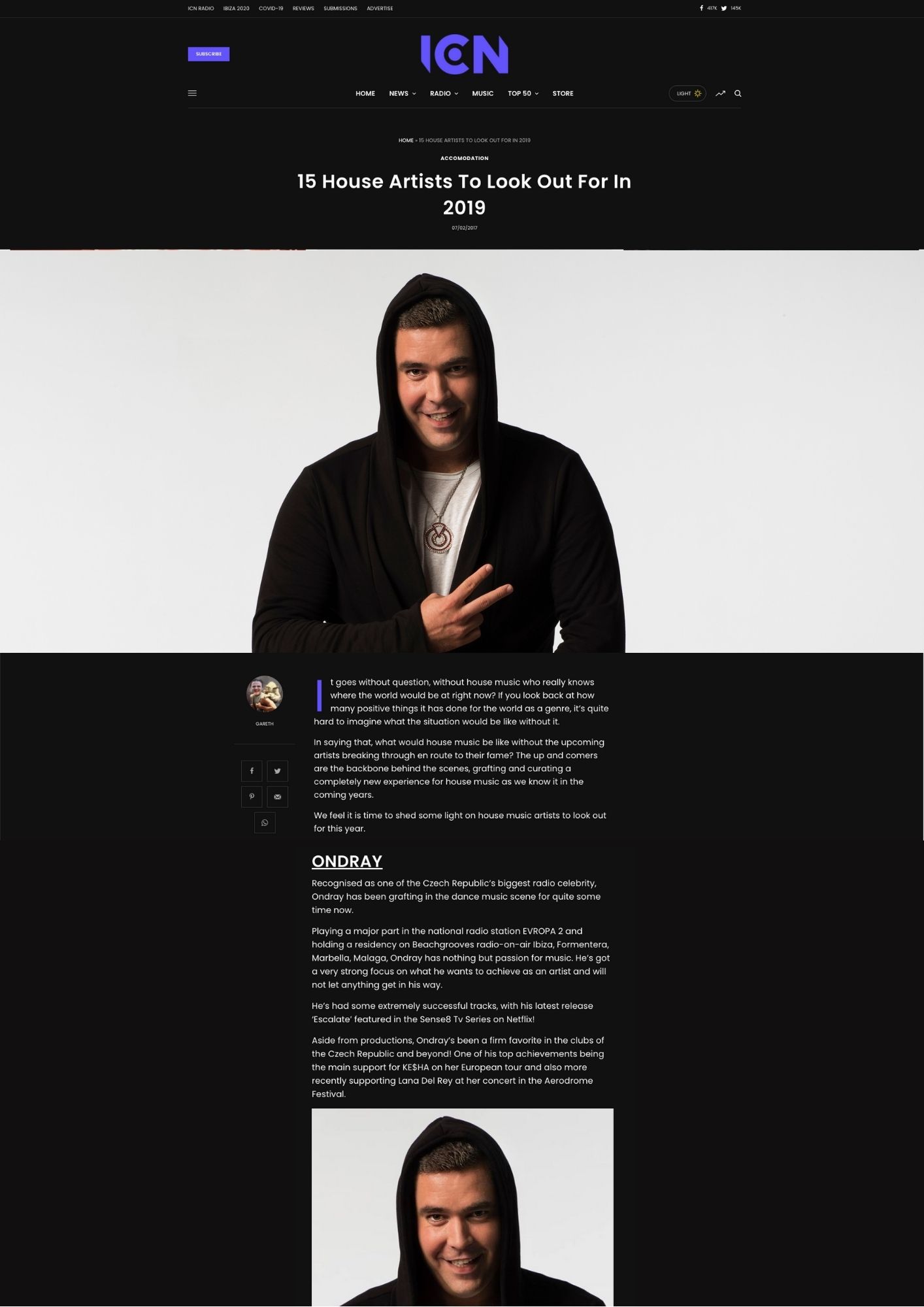